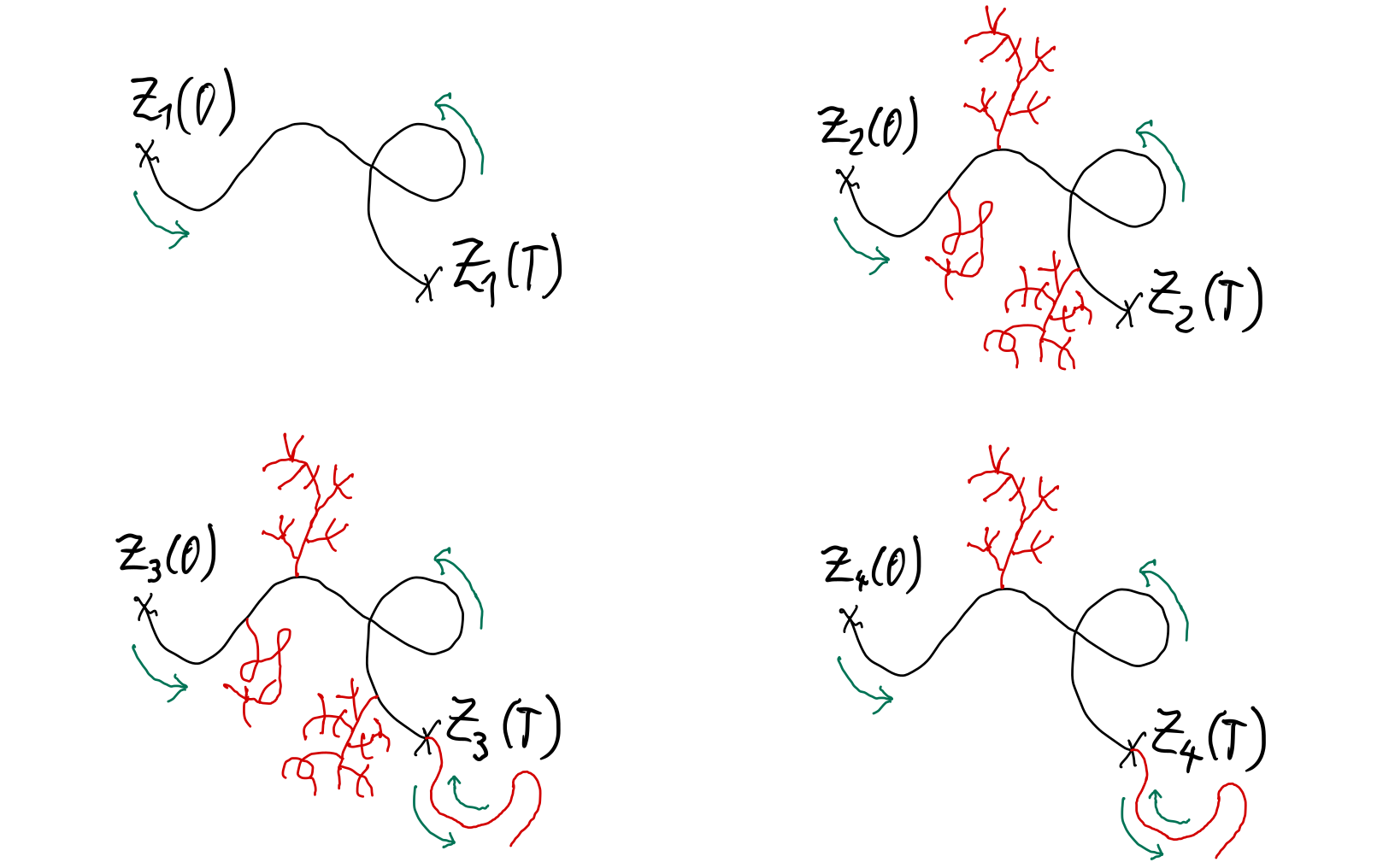 I gave this talk on February 04, 2022 in the analysis seminar of Sylvie Paycha of University of Potsdam, which happened online on zoom.

The aim of our project is to give a definite answer to the question posed (in its earliest form) by Chen some 65 years ago, whether or not the signature, i.e. the full time increment footprint in the group-like elements, characterizes the path. We intend to show that the signature uniquely characterizes all reduced rough paths if and only if the primitive elements are free as a Lie algebra.

Our study is carried out in the general setting of finite p-variation rough paths living in the group-like elements of a connected graded cocommutative Hopf algebra of finite type (cgccft Hopf algebra). Using the notion of tree-like equivalence of continuous paths in a metric space originally introduced in 2005, which this talk will present both via visiual examples and rigorously, we state the following conjecture: For a cgccft Hopf algebra, there exists a p>1 and two finite p-variation rough paths which share a common signature while not being tree-like equivalent, if and only if the Lie algebra of primitive elements of the Hopf algebra is NOT a free Lie algebra over a Lie generating subset.

We will discuss how to prove one direction of the statement, and argue how a highly interesting conjecture about the classical iterated-integral signature living in the tensor algebra would imply the other direction if true.

The talk also contains a short excursion into the theory of smooth rough paths, and if time permits, we may briefly touch the connection of the uniqueness statement with the problem of introducing a notion of area between two arbitrary rough path components.